Landscape and environmental restoration of the San Francesco Wood in Assisi

The landscape and environmental restoration project of the San Francesco Wood in Assisi, planned by the FAI (Italian National Trust) and the CultLab, represent one of the first examples of restoration of the historical agro-forestry-pastoral Italian landscape. The San Francesco Wood is a mostly wooded area in which they are present the influences of two major religious orders: the Franciscans and Benedictines. Currently the San Francesco Wood extends over an area of about 70 hectares, included in the last stretch of the valley of the river Tescio, on steep slopes located under the Basilica of St. Francis and the Rocca Maggiore. The altitude varies between 250 meters a.s.l. of the river Tescio and 470 meters on the western side of Col Caprile, on the eastern border of the property. The first part of the forest, surrounded by a high wall, is property of the Sacro Convento, and is called the “Selva di San Francesco”. The second part is owned by the FAI (Italian National Trust) and is characterized by deciduous species related to aged coppice wood, with hop hornbeam in the central part of the slope, and pubescent oaks with hop hornbeam and manna ash along the eastern slope. 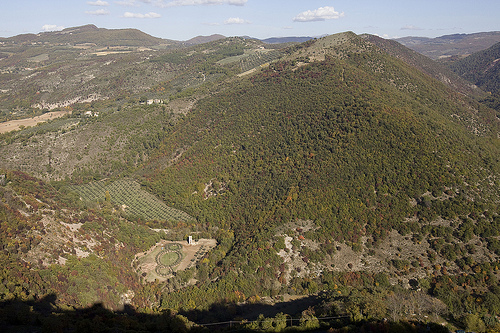 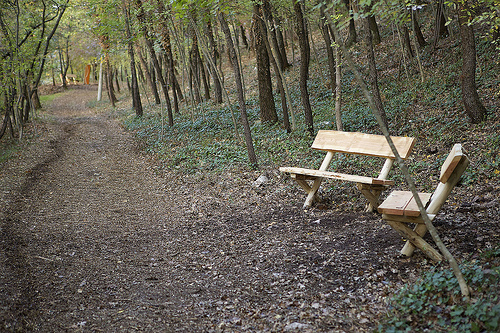 In order to produce an action plans to restore the historical landscape, a cognitive framework was carried out by applying the methodology HCEA (Historical and Cultural Evaluation Approach), which allows the comparison between the same landscape at different times, in order to observe the changes that have affected a specific area and to understand the identity characteristics of the traditional landscape. In this study, HCEA metodology has been applyed on an area of 304 hectares that include the 68 hectares belonging to FAI and that is the subject of the landscape restoration. Applying the multitemporal analysis to a buffer zone around the area subjected to the restoration, is possible to better understand the changes that have involved the study area in relation to those who have affected the surrounding area. The multitemporal analysis has taken into account three dates: 1955, 1988 and 2010. In consideration of the data from the cognitive framework, physiognomic-landscape units have been identified based on historical-environmental characteristics. These are the basic units in which the landscape of the study area has been divided, taking into account the topography of the area, the characteristics of the vegetation and the historical dynamics. For each physiognomic-landscape unit, after an analysis of each unit and of the whole complex of the San Francesco Wood, has been identified an address management that takes into account previous use, the current situation, the conservation of historical landscape and fire risk. In particular, among the objectives identified for the management of the wood, the main are the recovery of wooded pasture, of grazed forest and of mixed cultivations, characteristics features of the local historical rural landscape.

Go to the official web page of the San Francesco Wood on the FAI web site. 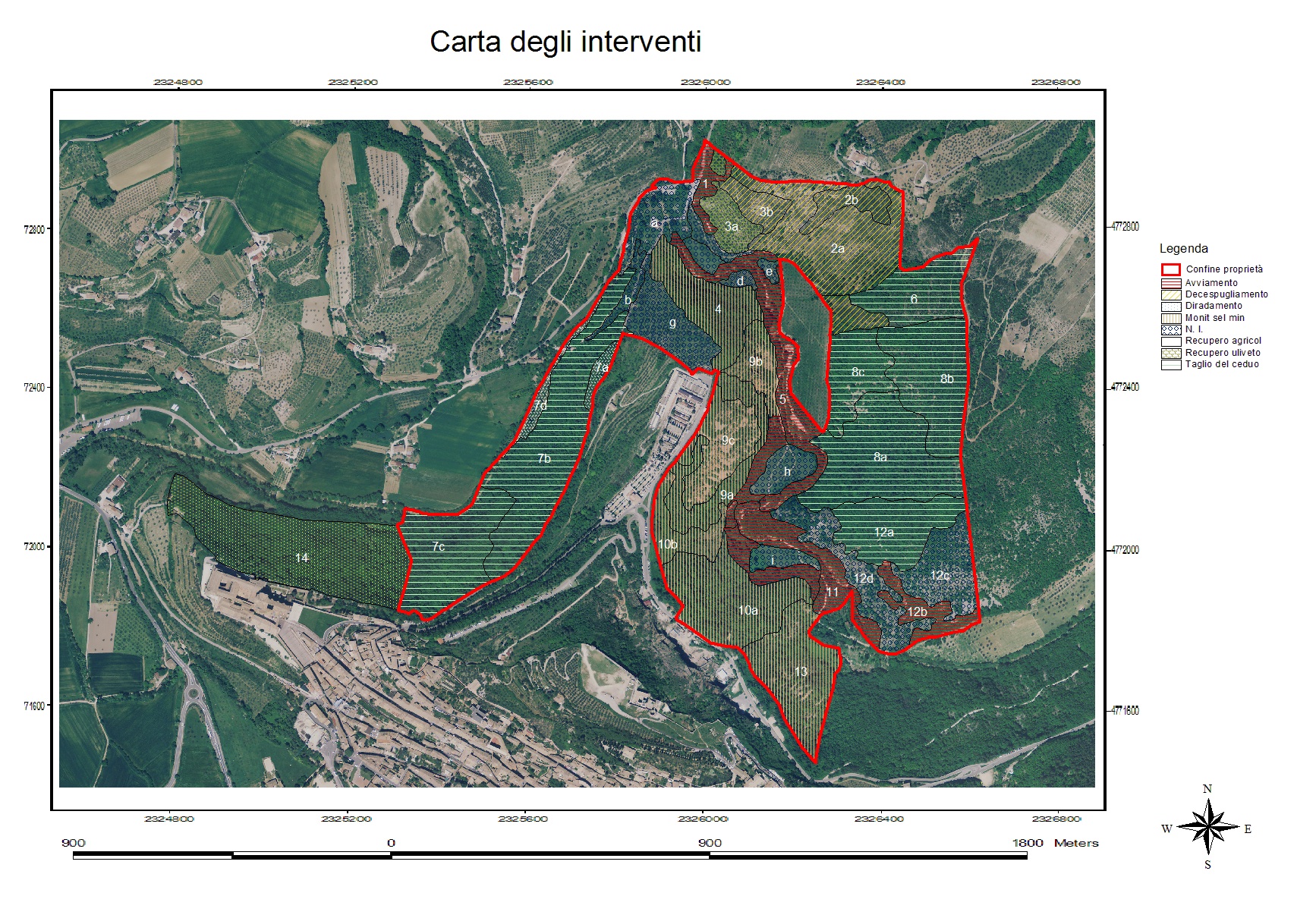