The Bialowieza National Park in Poland 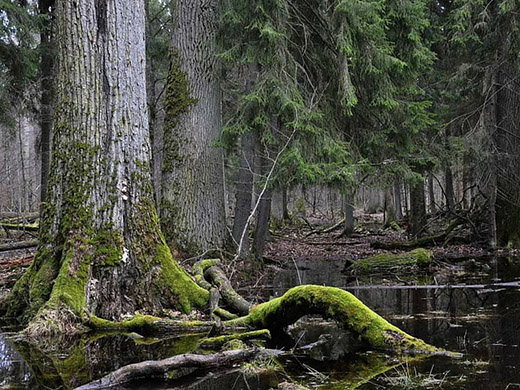 There has been an intense debate recently on cuttings going on in the Bialowieza National Park in Poland, promoted by an article published on the Guardian, claiming the destruction of one of the last untouched piece of nature of Europe.  As any serious scientists knows   this forest is not “primeval” or “untouched”, but has been utilized by man since centuries. Timber production, fuel wood production, grazing, fires, artificial reforestation, etc. have been going on since medieval times. Today we want to look at it, as to other forests , as “natural” or not disturbed by the man, as if the man is always a disturber of an ideal state of naturalness  that we need to achieve or bring back from the past. If today we like this forest as it is, it is also  because the man has managed it. Thus,  the man has to continue do things there,  as he always did. Cutting can be good or not, depends how we do it and how this  is connected to the values to be preserved. This means, probably,  not only the values that people living in the cities, mostly  looking at nature on movies and magazines,  have in mind, but the values resulting from the interrelationships between that forests and the local populations through history that made up the European landscape. Even in Italy where the landscape have been always been managed by the man, several NGO and environmental movements claims that coppicing a forests destroy nature and the landscape, although this silvicultural management has  been going on since Roman times.  In this globalized environmental thinking  rapidly growing, saving landscapes is becoming more and more a cultural  issue,  rather than an environmental one. The cultural origin of the European landscape  is something that already CBD and UNESCO have clarified  in the biocultural diversity declaration of 2014.