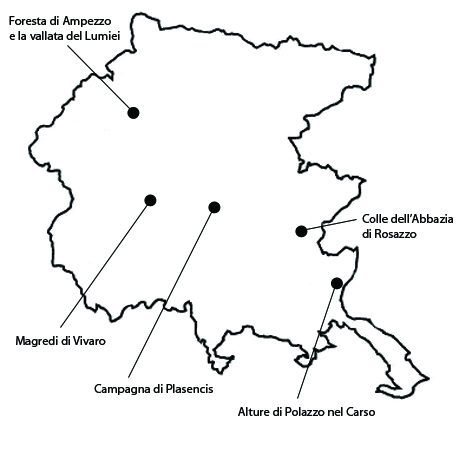 1. The hills of Polazzo in the Carso 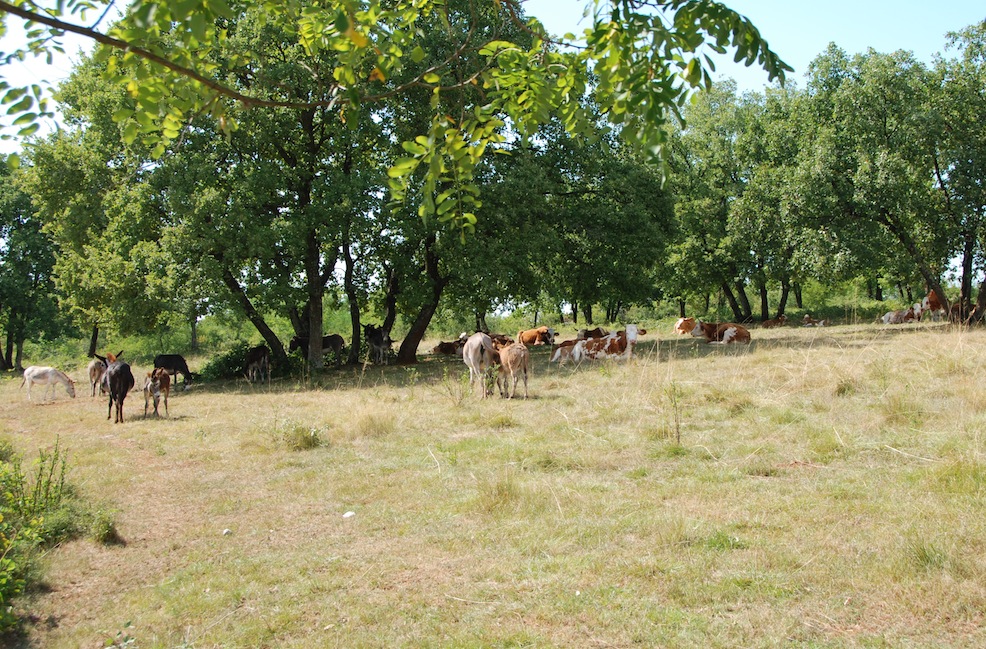 This typical pasture landscape extends over 1210 ha, within the municipalities of Fogliano Redipuglia, Doberdò del Lago/Občina Doberdob, Ronchi dei Legionari, Sagrado, Monfalcone. The area owes its significance to the uniqueness and historical persistence of its karstic landscape. The Polazzo hills are especially remarkable for their traditional use as grazing grounds. Shrubs –notably sumac – and some sessile oak and Turkish oak woods dominate the local vegetation. In this area, shrublands alternates with vast spaces traditionally set aside for free-roaming grazing, which is propitiated by the area’s high relative humidity. The difficulty in gathering fodder here and the consequent need for transhumance towards the Pivka plateau, in the Postumia hollow in the Slavonian Karst/Notranjska, resulted in a scarcity of bovines, whereas sheep were more abundant. In the late nineteenth century, there was a considerable increase of the flocks – of goats as well as sheep, and a concomitant cutting down of sessile oak woods, which the Austrian administration gradually replaced with black pine. To make the land more suitable to agricultural production, surface stones were cleared out of fields and used to make dry-stone walls delimiting cultivated plots. The landscape appears to be essentially intact in its principal features, partly because it has not been impacted by urbanization. Some farms are rediscovering the raising of the carsolino goat and lamb, both autochthonous breeds along with bovines and donkeys. To improve pastures, over the last few years a rotation grazing system has been adopted for free-roaming animals: first goats, then donkeys, and finally, when the grass cover has emerged, sheep. These practices and the persistence of livestock grazing have helped to preserve the integrity and distinctiveness of the area. As regards vulnerability, the encroaching of the forest on vast areas formerly destined to grazing has already changed the landscape, and threatens to further undermine it. 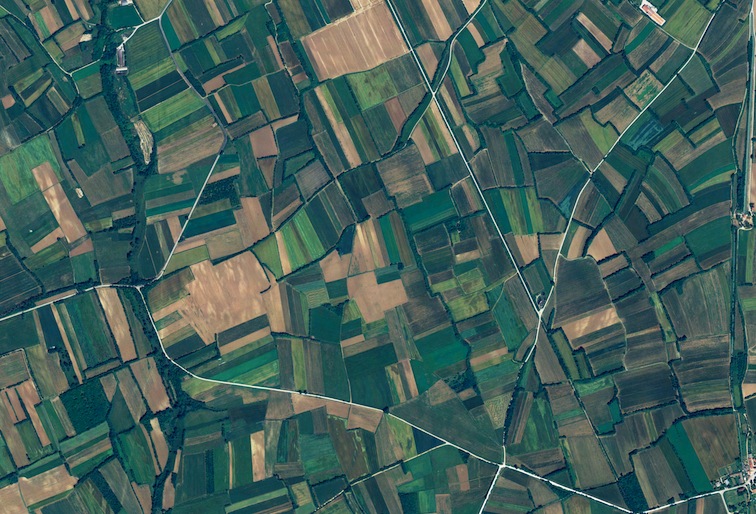 The selected area comprises a portion of the Plasencis countryside characterized by tree rows bordering narrow, elongated fields that are a typical landscape feature of the Friulan plain. The area extends over about 1968 ha, within the municipalities of Mereto di Tomba, San Vito di Fagagna, Coseano, Fagagna, Martignacco. The area owes its significance to the persistence of a patchwork of closed fields delimited by hedges and rows of trees that is a characteristic feature of the historical landscape of the Friulan plain. Traces of human settlement in the area date all the way back to the third millennium BC. They include a burial site and a fortified village. The local landscape has the appearance of a patchwork where spaces (known as blave) exclusively set aside for intensive agriculture – which in Friuli is largely synonymous with maize-growing – alternate with areas that have retained their traditional features. Here, as in most of the plain, closed fields bordered with hedges and trees were a distinctive feature of the agricultural landscape. As regards integrity, the plots are still divided by rows of trees – pedunculate oak, ash, maple, locust, elderberry – also used to mark property boundaries. Plots are sometimes also delimited by rows of mulberry trees, introduced in the late 1700s with the massive spread of sericulture. Grapevine was also common in treed vineyards, but today it is only grown at the fringes of settlements, in the so-called braides/beàrz, formerly enclosed or walled livestock shelters. As regards vulnerability, one of the threats to the integrity of this landscape is that it may be reorganized like the rest of the territory. 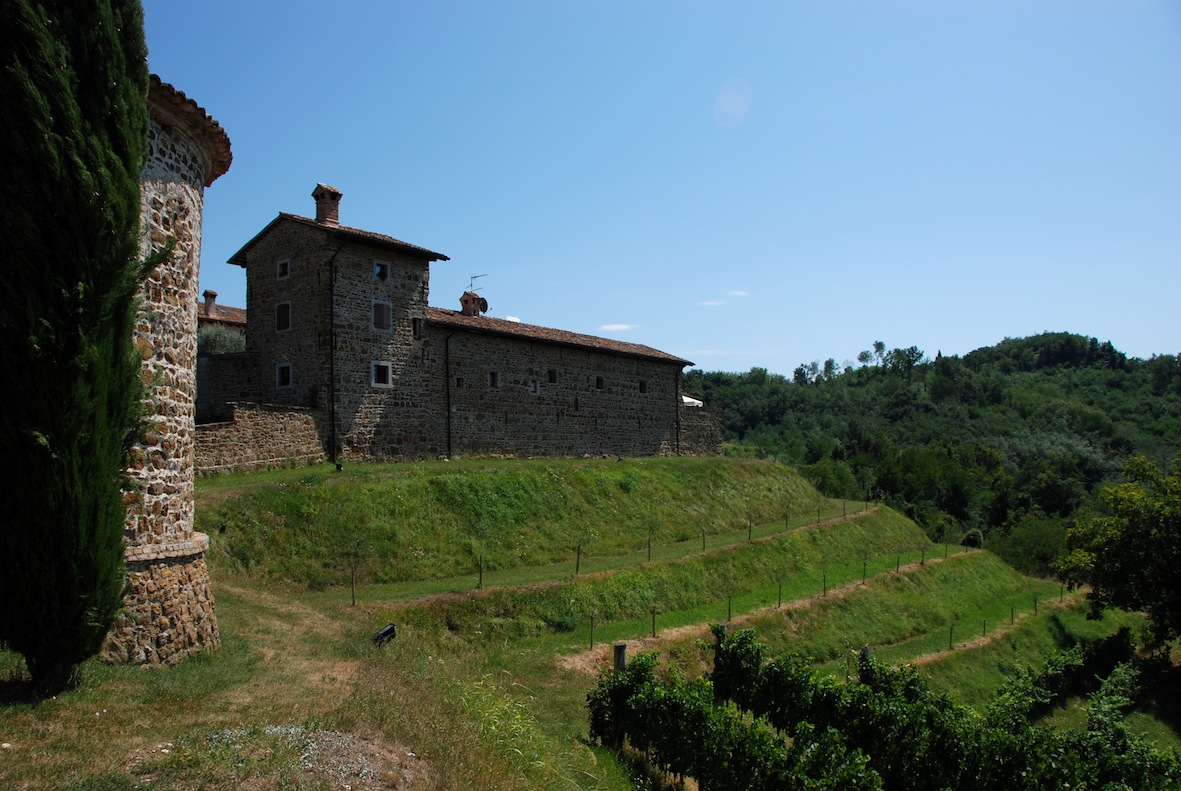 This hill is covered with a patchwork of woods, fields and vineyards extending over 1672 ha, in the municipalities of Manzano, San Giovanni al Natisone, Corno di Rosazzo, Cividale del Friuli and Premariacco. The area owes its significance to the presence of an abbey complex on top of one of the gentle hills that mark the transition from the Friulan plain to the Giulie Prealps, which in their turn decline towards the Gorizian Collio. Rosazzo was a Benedictine seat founded in the eleventh century, whose jurisdiction extended to the upper Isonzo valley. To demonstrate Rosazzo’s long-standing record of excellence in wine production, the integrity of its landscape, and the economic significance of monastic communities even after the end of the Middle Ages, it is customary to cite a work entitled Itinerario by Marin Sanudo (1483), who tasted Rosazzo’s “very perfect wines”. Maize and wheat are grown in the plain fields, grapevine – especially pignolo, picolit, and ribolla gialla – on the hill slopes. Oil production is documented in the area at least as early as the 1700s, when olive-growing was ruined, here as in the Gorizian Collio, by the Little Ice Age. The local vineyards produce the DOC (Controlled Origin Denomination)wine “Colli Orientali del Friuli – Rosazzo”. As regards landscape integrity, increasing demand for quality wine has led to an expansion of the vineyards, but their growth in extension and number of plants has not been such as to become invasive. As regards vulnerability, the permanence of wine-growing and making farms, while on the one hand it ensures the preservation of the landscape, on the other, if intensified, could lead to the further expansion of monoculture.

4. The Ampezzo forest and the Lumiei valley 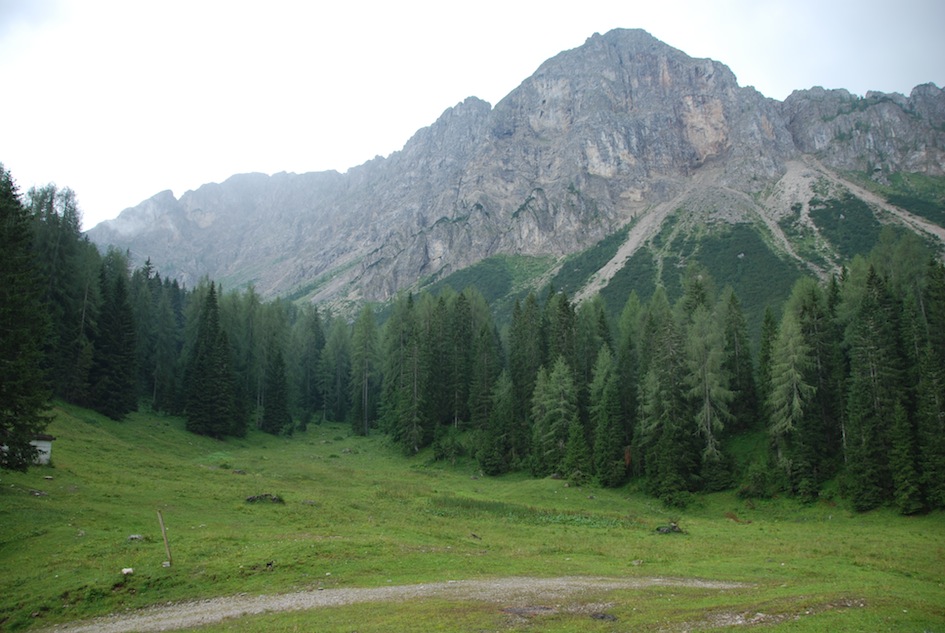 The vast Ampezzo forest is mainly composed of fir and spruce, with some beech. It extends over about 2114 ha along the right bank of the upper stretch of the Lumiei river, within the municipalities of Ampezzo and Forni di Sotto. This area in the Carnic Alps owes its significance to the historical persistence of its forest and the beauty of its landscape, which also includes pastures and dense mountain-pine groves in the highest areas. The Carnia woods had been renowned ever since the Roman period for the quality of their coniferous wood, which was already a trade article back then. The area came under the control of Venice in 1420, and in 1581 it was reserved for the exclusive use for the Arsenal. In 1874 it became the property of the Carnic Woods Consortium. From the Middle Ages to the early twentieth century, lumber was usually transported by floating it down watercourses in the spring. The landscape’s integrity is still essentially preserved. At different altitudes we still observe the area’s traditional coexistence of grazing meadows (prât, passòn), woods (bosc) and high-altitude pastures (mònt, màlga/Olbe). As regards vulnerability, the main threats to the conservation of the area’s traditional landscape features are posed by the crisis of the forest and livestock sectors, and population decline. The advancing of forests onto pastures as a result of drastic diminution of livestock, and the transformation of pure spruce forests into mixed stands is gradually altering the historical identity of the local landscape.

5. The Magredi of Vivaro 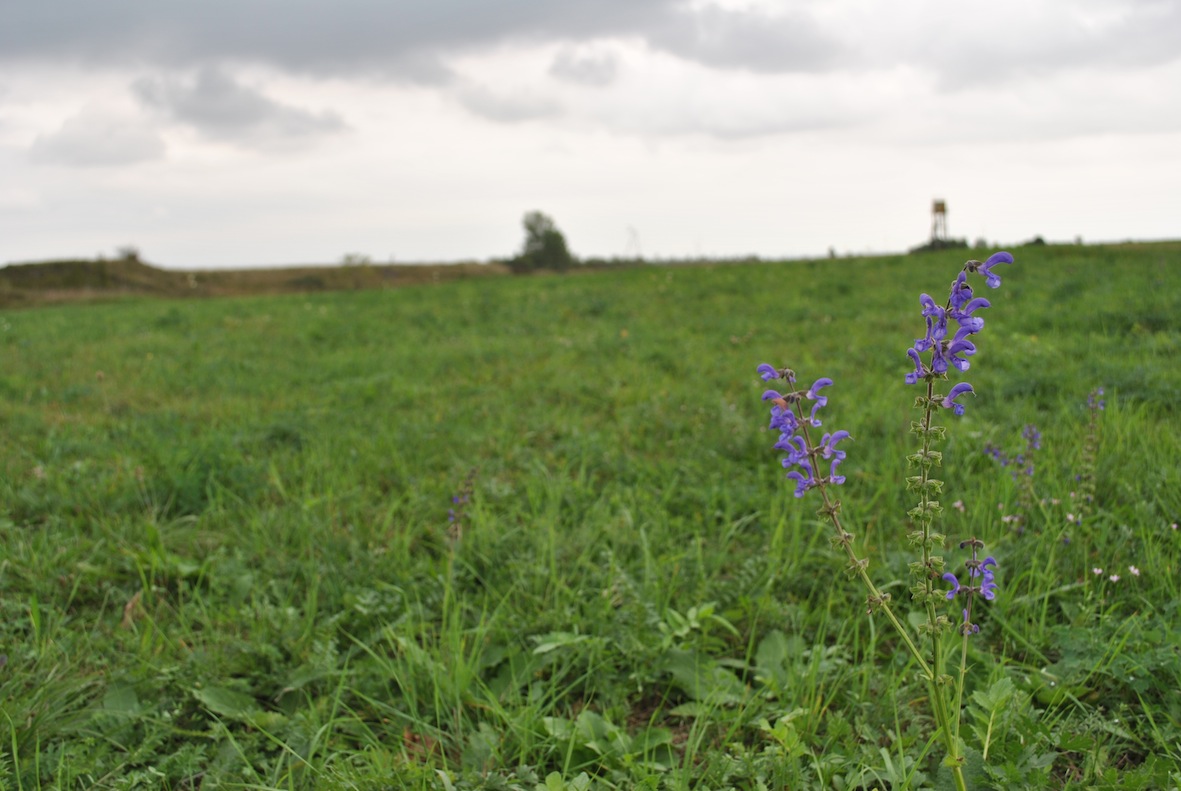 The magredi (“lean lands”) of Vivaro form a dry and arid steppic landscape extending 6052 ha in the municipalities of Vivaro, Maniago, Vajont, Montereale Valcellina, San Quirino, Cordenons, Zoppola, San Giogo della Richinvelda and Spilimbergo. The magredi landscape owes its significance to its uniqueness in the region, its historical persistence, and its special allure. The area is characterized by expanses of stone and grass, vast natural prairies, and sporadic shrubs and trees which gradually increase as one moves away from the grave, the broad riverbed. The magredi portion in Vivaro is defined as “primitive” for the sparseness of its shrubs. Where the shrubs reach more fertile terrain, they contribute to the formation of arid meadows. These, being unsuitable for cultivation, have essentially retained their original appearance. As to their integrity, the local magredi still retain much of their original appearance. However, today the improving of the water supply – and thus the removing of one of the main hindrances to the area’s agricultural development in history – has allowed the introduction of intensive cultivation. As regards vulnerability, one of the risk factors for these areas is that until recently a large part of it was an off limits military zone. As the military gradually relinquish the area, formerly protected areas are threatened by the consequences of abandonment.