The study area identyfied for the creation of the rural landscape park, is placed around the Abbey of Moscheta, in the municipality of Firenzuola, Province of Florence, and has an area of ​​about 900 hectares. The area has an average altitude of 680 m a.s.l. and is bounded on the north by Fosso dei Bottoni, to the east by Mount Acuto with its 1,040 meters, on the south by Mount Pratone, on the west by Poggio la Croce.

The Abbey of Moscheta was founded by St. John Gualberto, father of the Order Vallombrosano in the first half of the eleventh century. It is said that, stimulated by an old monaco of the Badia Fiorentina, he went on the Appennines in search of a suitable place in order to build a monastery and he would have visited a lot of places. The Count Anselmo Pietramala, havin herd of this researches, wanted to donate his property in Moscheta to the saint, to build around, such as says the hagiographic narrative, an abbey at his expense.

Characteristic of St. Gualberto is the intention of improving the living conditions of the people through work in the fields by setting an example with its converse, so the lands were prepared for crops or made ​​acceptable to livestock grazing. In Moscheta initially, because of the unsuitable land for agriculture, pastures were privileged. Later, thanks to the donations by the noble families, the Abbey became increasingly rich, possessing both arable land and pastures even in remote areas, so that in the thirteenth century it appears as one of the most prosperous that the Order counted in all of Tuscany.

From XVI-XVII centuries started a period of decadence as a religious center of Moscheta, that was first transformed into “commenda“, then the use of the lands was allowed even to people that does not belonged to the church, and then it was deleted during the reforms of Peter Leopold (1748) and all of the goods were sold. The new owners will be the Martini family, which reorganize the estate with the creation of several farms, where the main income was given by cattle-breeding, the production of timber, and with a significant production of chestnut flour.

Download here the index of the publication (in Italian).

The project for the Landscape Park of Moscheta has won the Premio Città Ideale (Ideal City Prize) in 2008 at the Biennial of Landscape of Tuscany. 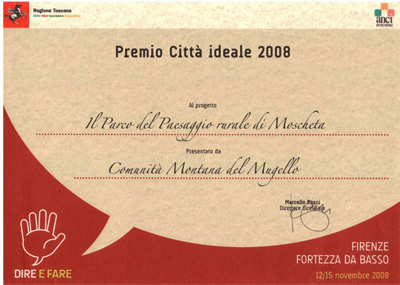 3D image of the territory with the land uses of 1832 and 2002. We can notice the increase of the wooded areas and the decrease of the pastures, while the chestnut groves, even if reduced compared to 1832, are still one of the main features of the landscape of Moscheta. 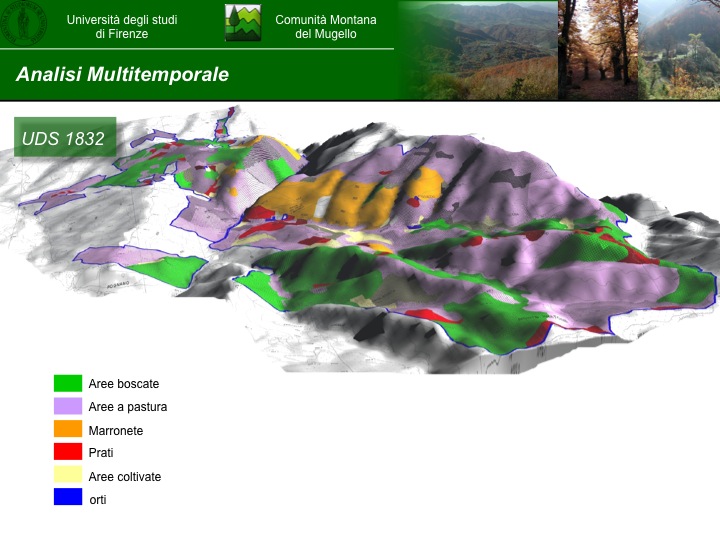 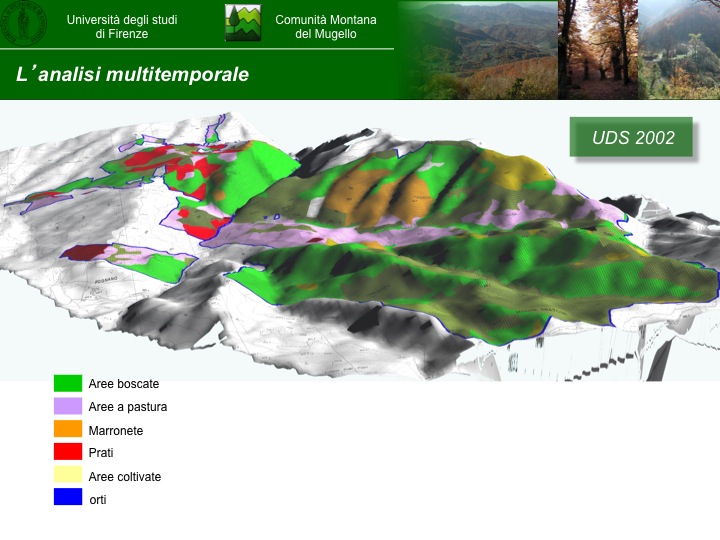